I encountered my first troll last night.  Luckily, Jason Cushman (http://aopinionatedman.com/) was on hand to finally give me a decent explanation of trolls. 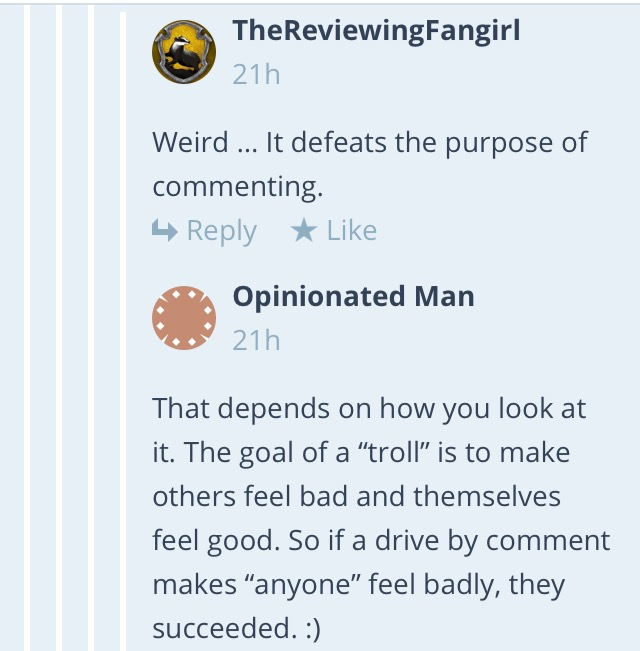 when I thought of a quote from Harry Potter that sums up trolls so perfectly it deserves its own post.  Here’s the original:

Do not pity the dead, Harry.  Pity the living, and, above all those who live without love.

And here’s my troll tweaks:

Do not pity the dead, Harry. Pity the living, and, above all those who troll.

Trolls are today’s bullies.  The sit on a computer all day – probably in their mother’s basement – and surf the internet trying to pick fights with people.  One could say that they are more insecure than the typical bully because they hide behind a computer screen.  Honestly, it’s just sad. There’s more to life than that.  At least I think so.

13 responses to “Dumbledore’s Opinion of Trolls”