IN LOVE with this update! However, posting still needs to streamline block quotes. I was blocking quotes in one of my posts yesterday, and it was complicated. Had to HTML to get them the way I wanted.

We’re thrilled to announce that the 4.8 release includes a beautiful new visual editor. With the new editor, you can add rich text like bold, italics, links, and lists naturally as you type. You can also insert images with a tap, seeing real-time uploading progress and images right in the post. 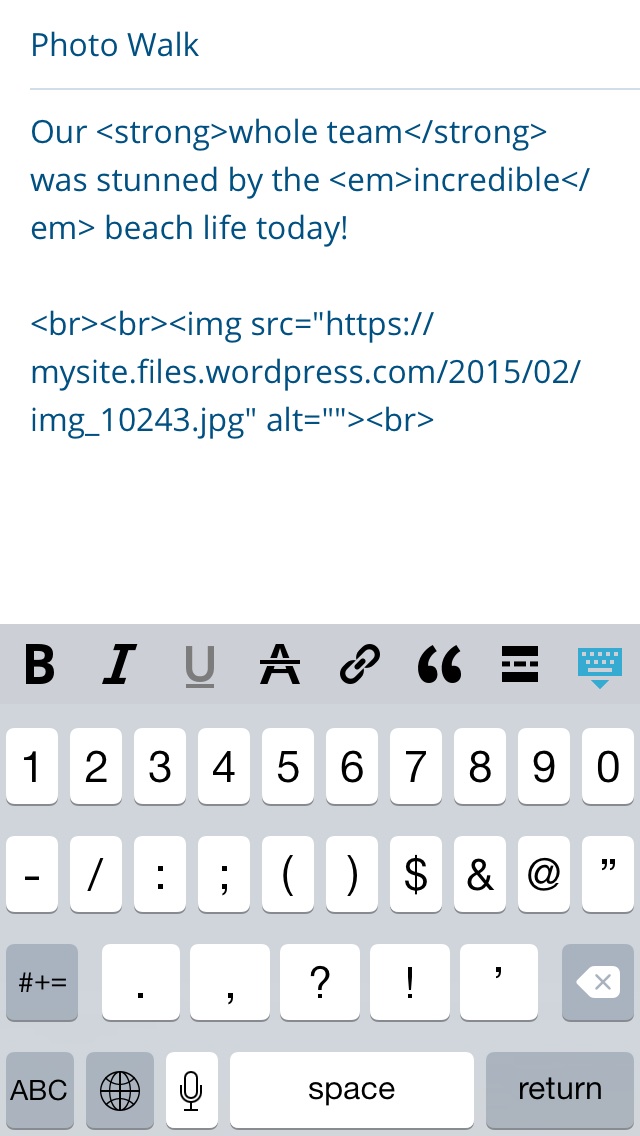 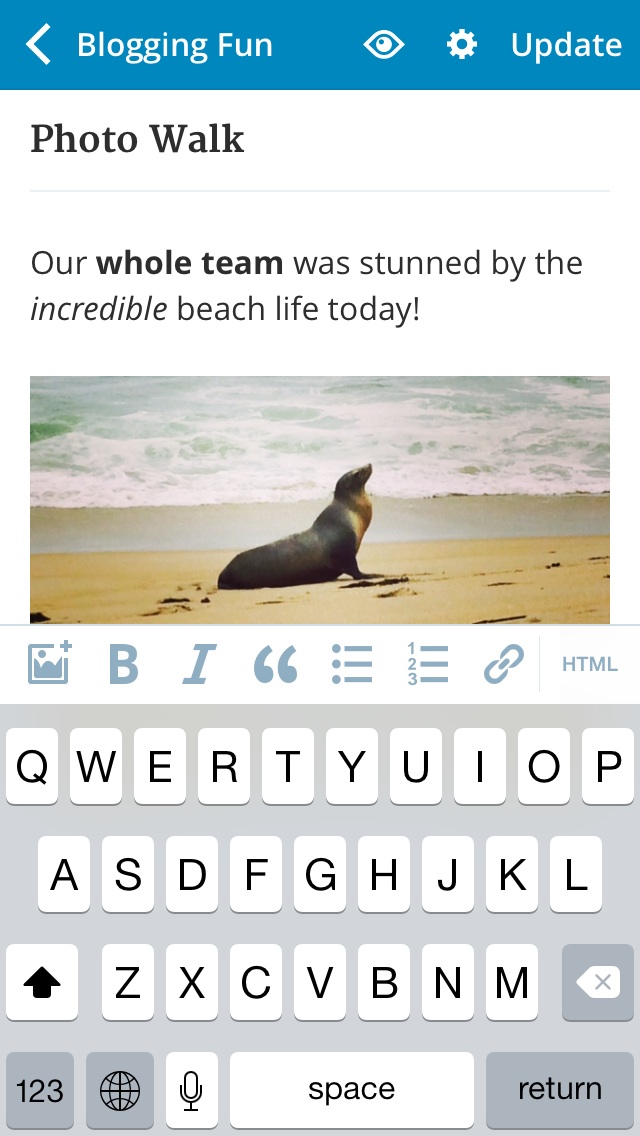 App users have long wished for a “what you see is what you get” (WYSIWYG) editor on iOS. Until now, a rich mobile editing experience on the iOS app was reserved for those who felt comfortable with HTML. But not everyone is comfortable with coding, and few find it convenient to use code on a mobile device. The visual editor removes this technical friction and makes creating and publishing content on the go simpler. No code necessary!

I know how Jason feels about reblogs, but I can’t help it.  When someone helps me, it’s second nature for me to say “thank you”.  Consequently, I really hate it when people don’t respond with “you’re welcome,” but that’s not the point here.

The small talk he and I made on one of his other posts inspired me to write a separate post about the subject of our conversation and how I felt about it yesterday.  I tagged Harsh Reality, so I knew he would at least see it.  The last thing I expected was a reblog, but that’s what he did.

Consequently – because he’s pretty much WordPress’s resident Wizard of Oz as far as I’m concerned – my stats went off the charts.

Wow, WordPress!  I had no idea!

I’ve had my blog for about 9 months (give or take) and it sat dormant for the first semester of this school year.  However, I’ve been able to blog about my current English class, so I’ve seen more activity this month.

When I reached my newly-passed record of 75 views in one day, my mind was blown.  But Jason’s reblog was epic.  I surpassed my old records for follows and likes in one day.  For me, both of these are harder to come by than views …

So, Jason, let me say thanks.  I never dreamed we would interact in the first place, but I’ve learned on my own that commenting on other blogs leads to more exposure.  Since I really enjoy your blog, I figured I would give it a shot even though my comments would probably just get a glance, if anything at all.