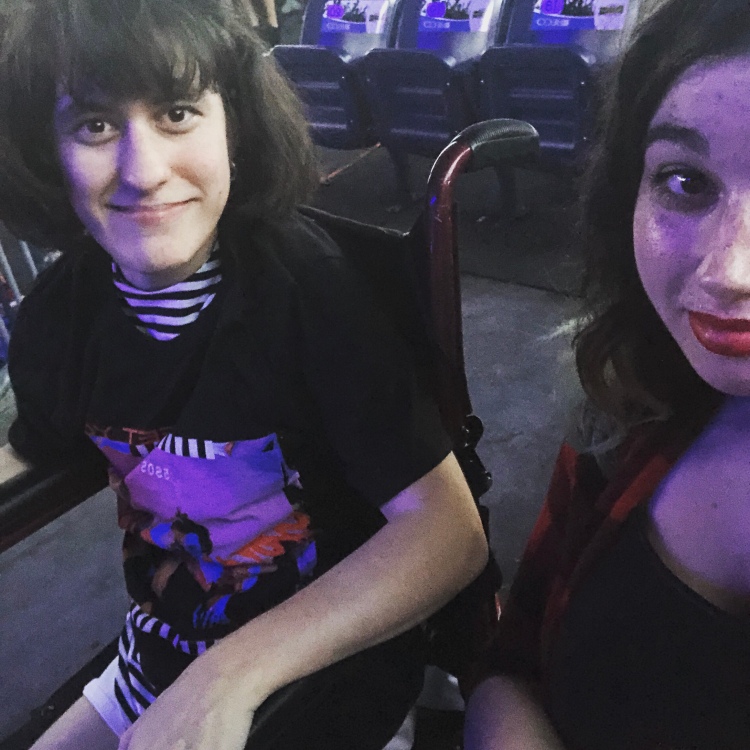 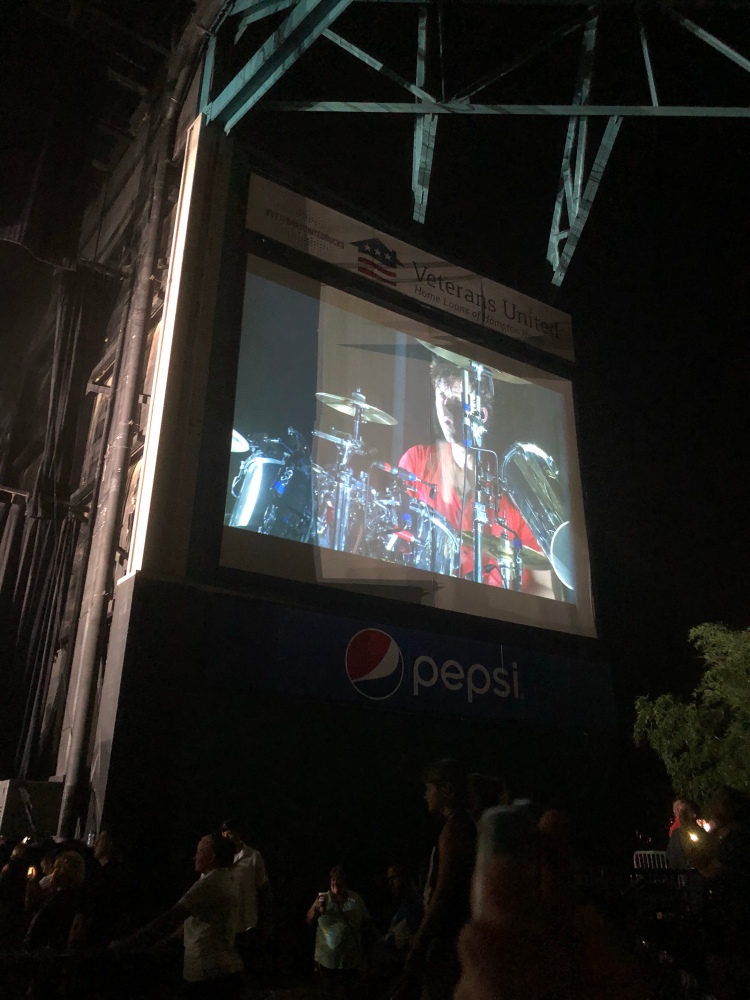 All of us were sweating. My throat is still sore. But I loved every minute of last night.

For my birthday, my mom got me two tickets to the 5 Seconds of Summer: Meet You There Tour at Veterans United Home Loans Amphitheater at Virginia Beach. I went with one of my cousins, Holly.

The opening act was a band called the aces, consisting of four girls from Utah. They were good, but it was hard to hear the songs because they weren’t familiar.

I hadn’t really been following the band closely, but their new album, “Youngblood” is really good. Some of the songs have inspired my fan fiction. I know something’s good when it inspires my writing.

For the most part the band – made up of Australians Ashton Irwin, Luke Hemmings, Calum Hood, and Michael Clifford – played songs from the new album, with a few of their old ones thrown in for good measure. They certainly checked off all my boxes: “Valentine,” “Want You Back,” “Lie to Me,” “Better Man,” and “She Looks So Perfect”.

The guys definitely knew how to have fun too, cracking jokes about each other and being sweaty. And Ashton, the drummer, asked “Where’s the fucking beach?” That was probably one of my favorite moments.

All in all, it was a night I won’t soon forget, and I would definitely do it again.