Back in April, we had Camptown at my school.  Well, part of it, anyway.  They had to reschedule all the games and rides because it was raining cats and dogs outside.

But the Sage the Gemini Concert was still a go.  They moved it to the gym because it was still raining.  I got myself a front row seat at first, but some of the school events organizers told me I could move if I wanted to.  I decided it would make sense to go upstairs on the track; I wouldn’t get trampled.

So I found myself upstairs on the track.  I tried to live stream video from my Facebook page, but it kept buffering, so it wasn’t really worth it.

I had a nice bird’s-eye-view, but the acoustics were horrible; I could barely hear anything.  I heard music, but I couldn’t hear the words.  What I did hear, though, was good.

I’ll have to go back and check out his music.

While on vacation, I got to see Rascal Flatts at the xfinity Center in Mansfield, Massachusetts.  I had no idea they’ve been around for 16 years.  That’s some longevity.

But first up was Kelsea Ballerini, whom I knew from watching the Greatest Hits music special on ABC back in June.  The show covered all the greatest hits from the 1980s to today, performed by the original artists as well as today’s artists.  I liked it because I knew a lot of the songs.  I grew up on old music.

But I digress.  As far as performing goes, Ballerini isn’t half bad.  I liked her songs.  During her second song, she walked up and down the aisles through the crowd, and I was close enough to touch her.  I didn’t; I didn’t want to be creepy or anything.

Next up was the main act:  Rascal Flatts.  I wasn’t familiar with all of their songs, but I enjoyed the ones I knew.  They played “What Hurts the Most” which is actually a really sad song when you listen to the lyrics, but I like it nonetheless.  Of course they played “Life is a Highway,” the one song I wanted to hear.  What can I say?  It’s a classic.

The song I didn’t expect to hear was “God Bless the Broken Road”.  I knew the song and I like it, but I didn’t realize they were behind it.  I hadn’t heard it in a long time, but I found myself singing along.

The visuals at the concert were amazing.  There were lots of lights in different colors and projection patterns.  During one of the songs – I don’t remember which one –   they even had photos of the guys growing up from a personal photo album.  That was really cool.

To top it all off, the guys in Rascal Flatts are hilarious.  Throughout the show, they were cracking jokes sometimes at their own expense.

If you ever get the chance to see them, don’t pass it up.  It’s so worth it.

Before I went back to school at the end of Christmas break, I got to see Rogue One.  Here’s a quick summary from IMDB:

The Rebel Alliance makes a risky move to steal the plans for the Death Star, setting up the epic saga to follow.

END_OF_DOCUMENT_TOKEN_TO_BE_REPLACED

Towards the end of Thanksgiving break, I went to see Moana.  Here’s a quick synopsis from IMDB:

In ancient Polynesia, when a terrible curse incurred by the Demigod Maui reaches an impetuous Chieftain’s daughter’s island, she answers the Ocean’s call to seek out the Demigod to set things right.

END_OF_DOCUMENT_TOKEN_TO_BE_REPLACED

When it first came out, I went to see Miss Peregrine’s Home for Peculiar Children with a friend.  As far as I could tell, it was spot on, except they mixed up Olive and Emma’s powers. The ending was different too.  The visuals were stunning, but it was scarier than I thought it would be.  Reading it is one thing, but seeing  it is completely different. If you get a chance to see it, do so.  Even if you haven’t read the book, you can still follow it.  You won’t regret it.

Send my love to your new lover, treat her better, we’ve gotta let go of all of our ghosts, we both know we ain’t kids no more.

Remember that event I told you about?  Well the event was actually a person, and you’re about to hear all about her.  Here goes nothing.

END_OF_DOCUMENT_TOKEN_TO_BE_REPLACED 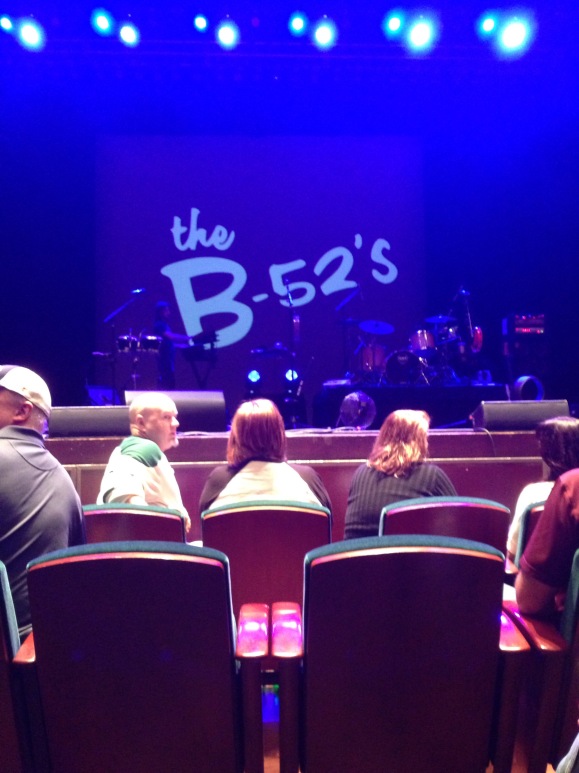 END_OF_DOCUMENT_TOKEN_TO_BE_REPLACED

On April 26, 2015, I had the opportunity to go back to the American Shakespeare Center and see Much Ado About Nothing.  It was one of the best plays I’ve ever seen.  It was so much better than I’d imagined while reading it.  I was even able to get in on the action.